Support This Snake Vs Chomper

Get this game on Google play! Snake vs Chomper @ Google Play Store!

A Chomper is stuck in your tail. Do whatever it takes to get rid of the Chomper! Be careful, bombs and walls might prevent you from getting rid of the thing. All Assets were made in the jam itself (no premade assets).

Hey I really like the game, and I thought the mechanic is so simple but effective - it's something people can get better at and that's what make it fun. Since you will definitely publish this game, my comment would focus on how this game would be better when published. First and foremost, the snake shouldnt start moving right in the beginning of the level, because it takes at least 1 sec to process where Im at in relative to the new map, and I died a lot of time because I didnt react on time - I feel that this game should be a puzzle jam, not in fast reflexes. Samething for the bomb, there should be an indicator that the bomb is going to appear here, or disappear here (so I can safely walk through that grid in the next turn for example). Another nit picking comment is that I think the spiral pattent is overused a lot, I think I played 3 levels in a row that has that pattern. You could perhaps switch it up with other patterns to freshen up the gameplay, such as the snake covering the whole width of the map in the middle. Like I said, the mechanic here is simple but so effective and it has a lot of potential for a fun puzzle game.  I really hope your further work on this project gets paid off, good job and luck!!

thanks for the good points. its in my checklist also to give a countdown to 3 at the start of the level. also a 1 second or half second telegraph of the bombs is also there. also more patterns like an S pattern or an outward spiral or zigzag or something else would be nice to and at random. also i will be adding more mechanics like retractable walls, speed up and slow down consumables, and also dark maps with limited light (chomper is hiding in the shadows haha). and switching level design too. thanks for the feedback appreciate it alot :D

yeah I think there is a lot you could play with the patterns of the the snake, and they should be introduced gradually and not being thrown to the player all at once. A simple example is not to have the bomb right in the first level, then at least players can get used to the control and understand the mechanic in  safe environment. The thing about the snake not moving right away, Im not really sure if that should be done when players die and respawn because at that point they already know the map and where they are. This I think you need to experiment.

yea true, also i like the puzzle idea, gameplay lends itself very well with puzzles

Very nice , love the way you use the theme !

Nice animation intro, so beaultiful, i ilked the plot too, and eat the red thing :D 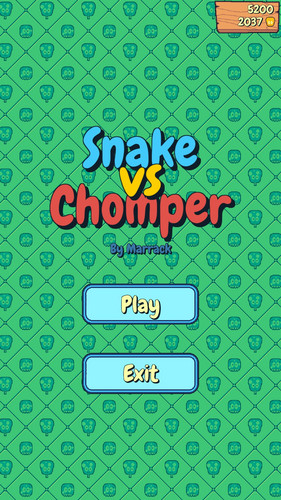 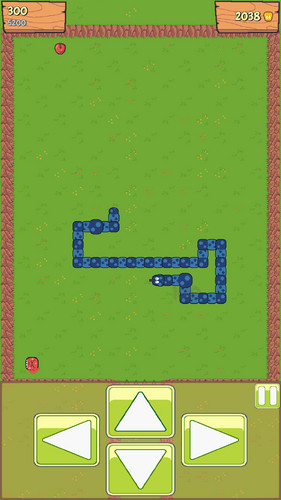 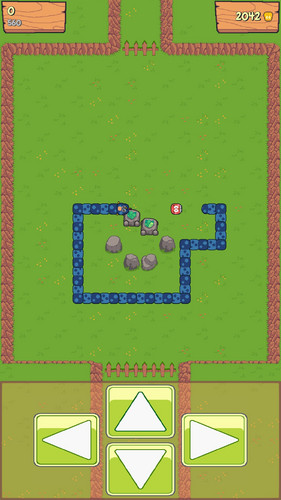 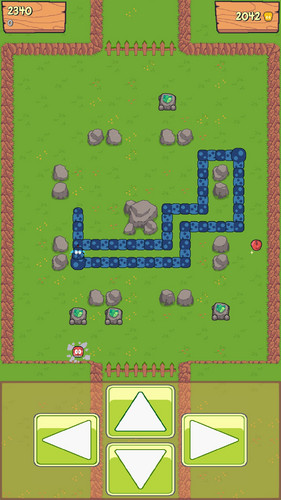